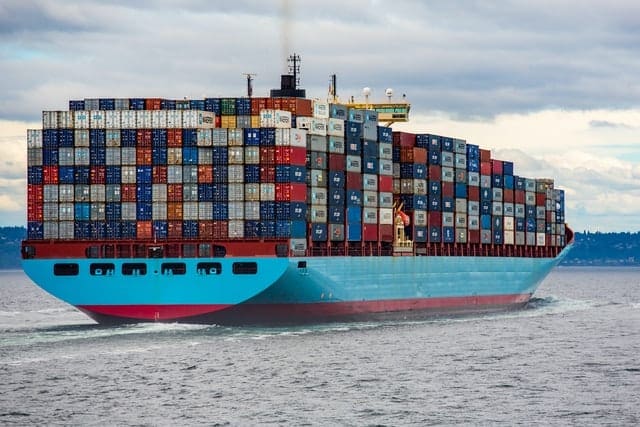 Key Takeaways on the shipping crisis

At this point, the container shipping crisis is a known issue worldwide, but many people don’t realize the scope of it.  It is a serious issue affecting most American and European economies as it is progressively harder to find boats willing to export products elsewhere than from China. Small companies are paying a premium for shipments which they can’t afford daily, affecting their profit margins tremendously if they don’t increase prices.

Since the beginning of the pandemic, shipping containers have become a major issue across most industries including the PPE manufacturing sector. The disruption of supply chains caused by Covid-19 has sparked a global shipping crisis, with freight prices soaring due to a container shortage. This crisis can be segmented into 3 main incidents: the first one is when the pandemic started, stores kept their inventory low enough to sustain the current demand at that time. When commercial establishments started opening again, backorders were pilling up and every store ordered their merchandise at the same time, causing a shipping latency while at the same time increasing the price of shipping containers.

Then, the second incident happened when the Ever Given, one of the world’s largest cargo ships, then became stranded in the Suez Canal, blocking the major trading route for nearly a week. The Suez Canal handles about 12% of world trade, with an average of more than 50 ships passing through every day. It is estimated that the incident triggered a global shipping catastrophe, halting $9 billion in daily international trade.

The third situation is where we stand now, as Guangdong, a significant shipping port accounting for almost a quarter of all Chinese exports, has closed because of a new Covid-19 outbreak. It also houses the Shenzhen and Guangzhou ports, which, according to the World Shipping Council, are the world’s third and fifth largest by container volume, respectively.

Shipping costs for containers on the rise

The cost of shipping a 40-foot container from Asia to Northern Europe has jumped from $2,000 to $9,000, according to the Financial Times, while the cost of shipping products from Asia to the West Coast of America has increased by 145 percent, according to CNBC. The cost of shipping a boxload of products from China to the United States has approached $10,000, as the world’s largest economy continues to absorb imports despite delayed epidemic recovery from Europe to Asia. According to the Drewry World Container Index published Thursday, the spot rate for a 40-foot container from Shanghai to Los Angeles jumped to $9,631, up 5% from the previous week and 229 percent higher than a year earlier.

The imbalance of global commerce, which has been exacerbated by the pandemic, lies at the heart of this problem. The shortage of containers and skyrocketing freight prices are projected to continue through the second half of 2021, with China’s commerce sector recovering at a quick pace and an inflow in demand for products rather than services. Since July of last year, supply chains have been obliged to import many products and materials from China to meet consumer demand for medical equipment, home office supplies, and computer equipment. With the country resuming commerce after months of suspension, an imbalance has emerged, with the country sending around three containers for every one imported. More than 170 million shipping containers are believed to be in use around the world, transporting almost 90% of the world’s goods. However, because of manpower shortages, reduced capacity in logistics systems, congestion at ports, and quarantined goods, the effects of Covid-19 have resulted in backlogs and delays for worldwide shipping lines. This means China will be unable to meet demand due to a lack of available containers. According to Reuters, “average container turnaround times have grown to 100 days from 60 days previously,” as products pile up in Chinese manufacturers, and merchants bid exorbitant prices for containers.

Because empty shipping containers are being returned to Asia, American businesses are finding it difficult to get shipping containers for their exports, and they must pay a premium for any available space. As a result, goods are stranded taking up space at ports, causing delays in unloading filled container ships when they arrive at those congested ports.

As for the PPE industry, it would be a good idea for every distributor to start piling up inventory in preparation for this fall when it is estimated that the shipping crisis will intensify. Because of the rarity of containers in China, shipping delays will be longer than they are currently and the prices will increase as a result of this delay. We are expecting double digits by fall for on-the-ground merchandise.  Our recommendation as a fellow PPE distributor is for your company to be ordering as much as possible while it is still possible, as a form of prevention for the future state of the industry. As the saying goes, it is always better to prevent than to cure! 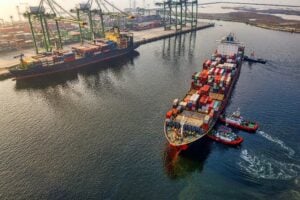 It’s been called “the biggest shipping crisis.” The global supply chain for a wide range of goods is experiencing unprecedented strain. Congestion in the shipping 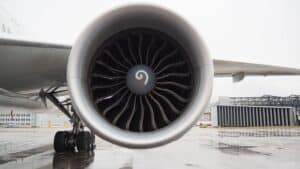 Shutting down of Ningbo-Zhoushan could impose a serious trial on shipping delays and price hikes: Time to pile up on inventory. After a worker tested