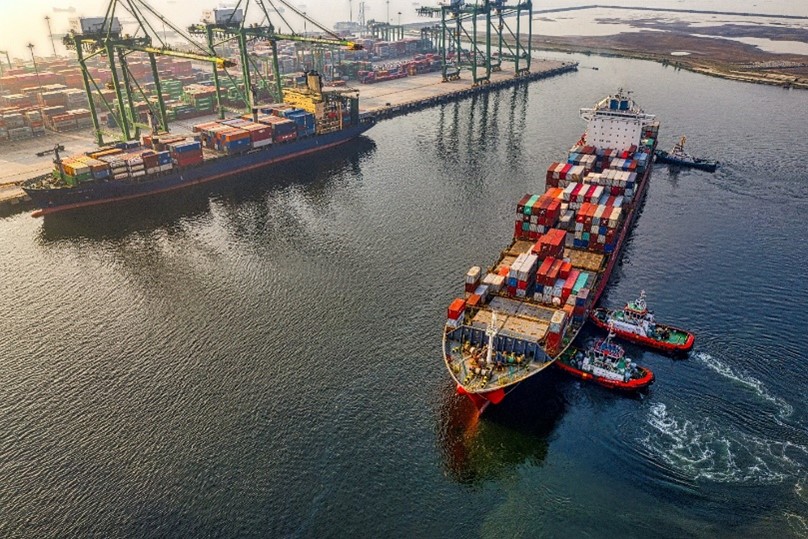 It’s been called “the biggest shipping crisis.” The global supply chain for a wide range of goods is experiencing unprecedented strain. Congestion in the shipping industry slows deliveries and raises expenses. Disposable gloves aren’t immune to the mayhem. Numerous products, including gloves, are not getting through due to labor shortages in Southeast Asian manufacturers caused by an increase in COVID-19 cases, a lack of container boats, shuttered ports, and backed-up ships off the coast of California.

Expect no change in the near future.

Experts expect that supply chain problems will deteriorate significantly before improving. The time it takes to travel from Southeast Asia to the United States has grown by 78%. Once the ships dock, they are being held up in numbers roughly five times larger than in pre-pandemic days off the twin ports of Los Angeles and Long Beach.

Disposable gloves are becoming increasingly difficult to come by, and this trend is anticipated to continue for some time. Expect the supply chain disruption and growing manufacturing costs to keep the 2019 equilibrium from returning anytime soon.

Neobex has been easily through the epidemic and has gloves. Glove supplies will continue to arrive. It’s possible that they won’t come as fast as you’d like, but we are ready. Strong demand and high logistical costs have influenced glove pricing, which had gone down a little. Although volatility is unavoidable, there is a lot of rushing going on to obtain glove supplies at the cheapest pricing, especially our own on the ground available inventory so move quickly because we have foreseen these vulnerabilities. Neobex has stored a large bulk of PPE in inventory at their local partnered warehouse, knowing the PPE imports might be withheld at port for an undetermined time.

If you are interested in understanding what are the causes of the shipping bottleneck, keep reading!

Transporting overseas goods to an international destination is done in two ways: by sea or air. However, for numerous companies that pursues an economy of scale and wants to maintain a low-cost strategy, air travel is not financially feasible to sustain a competitive advantage. Furthermore, airplane fuel is costly, and transported goods are limited. Thus, by sea, it is optimal to transport large quantities of products overseas. Unfortunately, recent events, including the fiasco in the Suez Canal and the pandemic’s high demand for overseas manufactured PPE, revealed bottlenecks within the shipping industry. As a result, a shipping port faces the following logistics issues:

Any disruption such as a COVID-19 outbreak at a major port, a blockage to a vital sea route, a natural disaster can potentially close a port. As a result, any additional freighters heading toward the closed port will congest the waterway until further notice. In other words, the transported shipping containers are removed from circulation, impacting the available supply of reusable shipping containers on the market.

Why does the scarcity of available resources significantly impact the logistics at a shipping port? 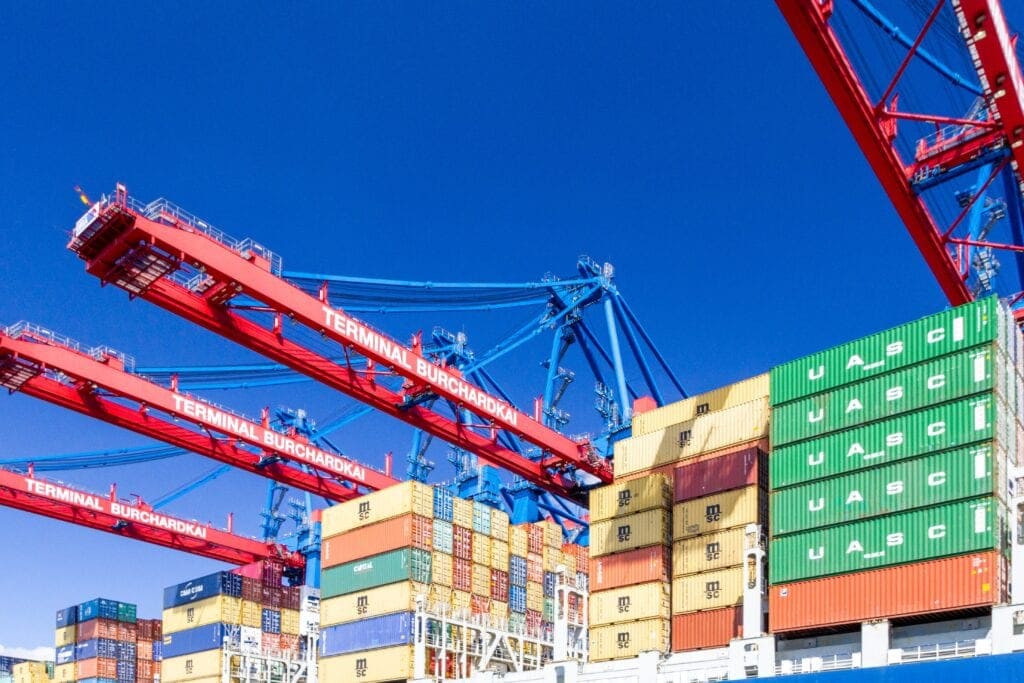 Shipping containers are manufactured overseas. As such, to reduce shipping costs, developed countries prefer to reuse cargo containers. But, unfortunately, there are finite reusable shipping containers available to transport overseas goods that are cost-effective. Also, due to the limited space within a terminal port, terminal operators have limited their heavy equipment to maximize the terminal capacity to store cargo. Subsequently, with limited capital, the port authority could only hire a few trucks and rail freights to transport goods to domestic distribution centers. In addition, sea freight companies maintain a selected fleet of cargo ships at sea because of their high fuel consumption and high overhead to upkeep them.

As a result, there are few freighters, reusable shipping containers, trucks, rail freights, and available heavy equipment to clear bottlenecks within a shipping port.

How does a seaport operate?

A region’s sea traffic intensity determines a seaport size. Therefore, a high-intensity sea route will allow government officials to secure funding and expand the allocated land quickly. Also, the more oversized ports, the more resources it can give to specialize its operation. A seaport is divided into different sections. In the shipping industry, they are known as terminals. Each terminal is managed separately by an independent operator agent.

In the PPE industry, we are mainly concerned about container terminals; two main actors play a role in the business:

Due to the imported country transport regulation and the property of goods, foreign cargos ISO requirements are inconsistent. As a result, to remain cost-effective, terminal operators specialized their operating activities to secure specific transporting contracts.

For instance, overseas goods fall in the following categories.

Commercial product to be sold:

Raw material to be packaged or transformed:

These are the specialization that terminal operators could have at a seaport. In brief, a port is heterogeneous in nature. You can imagine a port as a pie that has different flavors in each slice.

What is the workflow within a container terminal? 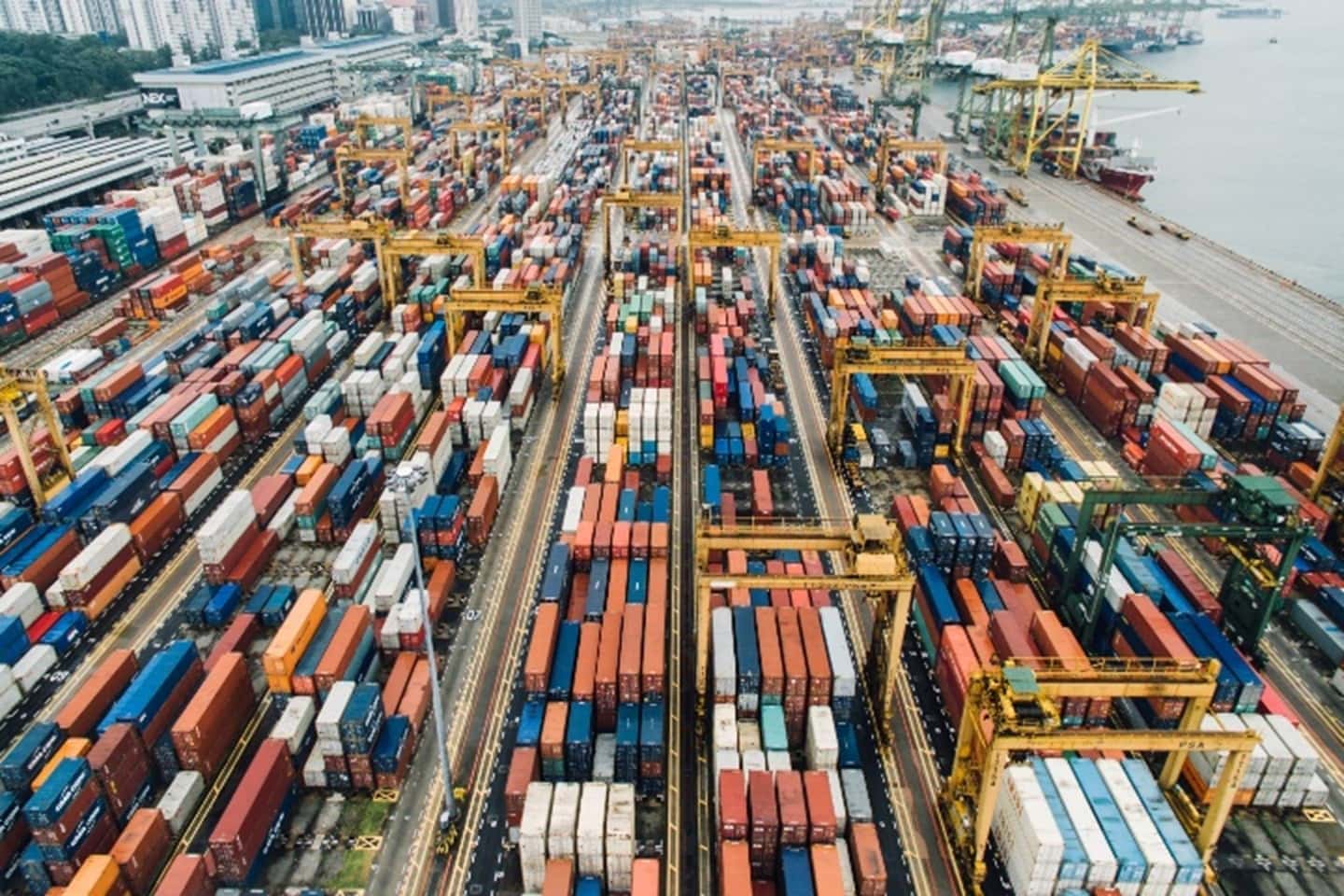 In a sequential order, to import overseas goods at a standard capacity: A freight boat would arrive at a seaport and wait for the quay operator to permit them to station at a dock. Once allowed, the freight boat would station at a particular dock station and prepare for a crane operator to unload the boat’s cargo onto the platform. Once unloaded, a yard operator would stack the containers in a specific order and manage their placements within a given space. Finally, a gate operator would secure the logistics to transport the goods from the dock to domestic distribution centers if a transport vehicle is available.

Unfortunately, the pandemic demonstrates that the shipping industry is built on a house of cards. At overcapacity, bottlenecks surface at each level of operation at a terminal. First, the quay operator is unable to process all freight to the dock. As a result, a line will be formed and create a shipment backlog. Then, due to a lack of investment in heavy equipment, there are not enough cranes to unload the cargo fast enough. Subsequently, there is not enough space within the terminal for the yard operator to manage an overflow of shipment cargo. And, lastly, there are not enough freight rails and trucks to transport the goods domestically. As a result, retail stores, distribution centers, and warehouses increased the estimated arrival time for their purchased orders.

The maritime stakeholders did not account for the global disruption caused by the pandemic. As such, the remnant of their decision-making creates vulnerabilities for bottlenecks within the shipping industries.

Eventually, it creates a domino effect; cargo shipments and empty containers are backlogged and withheld at the port. As a result, it is inevitable to experience a supply chain crisis for imported goods. The domino effect can be felt in their supply chains for the five most traded ports — Shanghai Port, Singapore Port, Ningo-Zhoushan Port, Shenzhen Port, and Guangzhou Harbor. In addition, natural disasters strikeout and pandemic lockdown has increased the waiting time to export goods at these ports.